Home / Tazkiyah / Making the Most of Our Time

Making the Most of Our Time 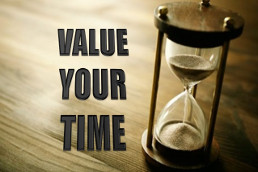 However, if one has to carefully ponder over these three categories of actions, one will realize that the third category of actions also falls under the second category (the category of harmful actions). The reason is that had one utilized the time and energy that he spent in the futile action for some beneficial action, then he would have certainly reaped some benefit. Thus, one not utilizing the time and energy correctly causes one to be deprived of the benefit that he could have acquired. This in itself is a great loss.

This can be easily understood through the example of a businessman who invests his capital in a business venture through which he neither yields profit nor incurs a loss.  Even though he did not lose any money through such an investment, on account of him not acquiring the profit that he had anticipated and hoped for, he considers such an investment as a loss.

Previous in category What is True Islam?
Next in category The Parental Approach of ‘Umar bin ‘Abdul ‘Aziz (rahmatullahi ‘alaih)