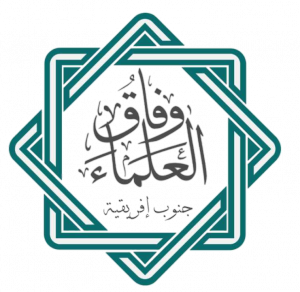 Allāh ‘Azza Wa Jal,  by His Infinite Grace and Mercy has over the years blessed the Muslim Ummah of South Africa with many committed individuals, illustrious ‘Ulamā and community organizations that served the Ummah and the broader society with dedication and distinction.

Our distinguished ‘Ulamā, in particular, made great effort and sacrifice to protect and preserve the letter and spirit of the Dīn to ensure its transmission to subsequent generations in as pure and pristine a state as possible. May Allāh Ta’ālā reward all of them abundantly and imbue the present generation of ‘Ulamā and servants of Dīn with the strength and ability to preserve and further develop upon the sound foundations laid by our illustrious predecessors.

Alḥamdulillāh, after extensive deliberation and consultation, the senior ‘Ulamā of our country have resolved to form an organization having the principal objectives of preserving and promoting the Dīn in its pure and pristine form. The formation of this organization was in response to the fervent appeals of many individuals within the ‘Ulamā fraternity and the general Muslim community seeking clear Shar’ī guidance in matters of Dīn in an era of escalating trials, tribulations and challenges.

The fundamental objectives of the newly formed organization include the following:

1. To preserve the spirit of the Sharī’ah and the Sunnah.

2. To unite the Ummah on the ‘Aqīdah (beliefs) of the Ahlus Sunnah Wal Jamā’ah.

3. To emphasize and accentuate the importance of following the fiqh of ONE of the four A’immah of Ijtihād viz. Imām Abū Ḥanīfah, Imām Mālik, Imām Shāfi’ī and Imām Aḥmad Rahmatullahi Alayhim.

4. To encourage the alignment and attachment of the Ummah to ‘Ulamā and Mashā’ikh, with the object of promoting Tazkiyah (spiritual reformation) of the Ummah in the tradition of the great Mashā’ikh.

5. To foster a proper understanding and appreciation of the importance of the effort of Da’wah and Tablīgh.

6. To educate and guide the Ummah with the object of promoting and facilitating their lives in a manner that does not compromise the spirit and essence of the Sharī’ah and Sunnah.

7. To protect and disseminate the pure and pristine principles and values of the Sharī’ah without fear, favour or prejudice in a dignified and non-confrontational manner.

9. To promote the preservation of the noble legacy of Nabī Sallalahu alayhi Wa Sallam (i.e. the knowledge of Shari’ah), and the protection of that legacy from any misinterpretation, distortion or innovation and the transmission thereof to the succeeding generations of the Ummah.

May Allāh Ta’ālā crown all of the efforts for the preservation of His pristine Sharī’ah with His acceptance and approval and may He imbue all those involved in that pursuit with true sincerity of intention and divine acceptance.

The following senior ‘Ulamā are the founding members:

In addition to the aforementioned founding members, the following senior ‘Ulamā have affiliated among the initial members of the organization:

We humbly apologise to the many ‘Ulamā who were fully supportive of the initiative but whose names may, by reason of inadvertence, not been specifically mentioned herein. We also extend our sincerest apologies to those ‘Ulamā whom we did not personally engage in relation to this initiative.

Capacity constraints and the prevailing restrictions on movement were unavoidable impediments in the path of that process. We are confident, however, that they indeed share the very concerns and aspirations that motivated the establishment of this organization.

Insha Allah, an affiliation form will be available on our website to facilitate affiliation to this organization of those Ulama, individuals and institutions seeking to do so.

We are aware that several statements purporting to proclaim the launch of this organisation were recently circulated on social media. We hereby disassociate ourselves from them. They were neither issued nor organised by this organisation