Incident regarding his accepting Islam (continued) 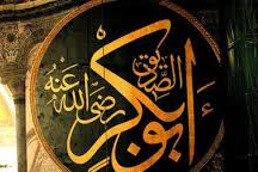 I replied, “There were many learned Sheikhs that I had met in Yemen.” Nabi (sallallahu ‘alaihi wasallam) then said, “The learned Sheikh who recited poetry regarding myself, the final messenger.” I then asked, “Who has informed you regarding this, O my beloved friend?” Nabi (sallallahu ‘alaihi wasallam) replied, “The greatest of angels (Hazrat Jibreel (‘alaihis salaam)), who used to visit the Messengers who came before me.”

Hazrat Abu Bakr Siddeeq (radhiyallahu ‘anhu) further mentions, “I left the gathering of Rasulullah (sallallahu ‘alaihi wasallam), and there was no one in the valley of Makkah Mukarramah happier with my embracing Islam than Rasulullah (sallallahu ‘alaihi wasallam).”I then said, “Extend your hand to me (so that I may embrace Islam upon your hands), for indeed I testify that there is none worthy of worship besides Allah Ta‘ala, and that you are His final messenger.”