Home / Tazkiyah / Why do we face Calamities ?

Why do we face Calamities ? 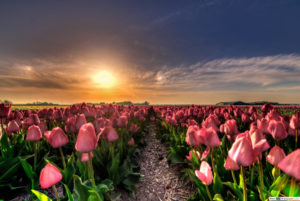 A person once wrote a letter to Hazrat Shaikh Moulana Muhammad Zakariyya (rahmatullahi ‘alaih) and mentioned the following, “I have not usurped the right of any person, nor have I oppressed or wronged any person. Hence, I cannot understand why I am suffering one calamity and misfortune after another.”

In this regard, one must bear two things in mind. Firstly, people are sometimes unaware of the wrongs and sins that they have committed. Hence, when a person makes claims such as, “I have never oppressed any person, or usurped the wealth of any person,” then may Allah Ta‘ala make it such that his statement is true. Nevertheless, at no time should a person ever regard himself as free of faults and sins. Rather, at all times, one should acknowledge and confess his sins and weaknesses before Allah Ta‘ala. From the depths of his heart and with complete sincerity he should beg Allah Ta‘ala to forgive and pardon him.

It is reported in the Hadith that Rasulullah (sallallahu ‘alaihi wasallam) would himself make the following du‘aa, “O Allah! Whoever I may have inconvenienced (unintentionally), or I may have (unknowingly) spoken to him in a hurtful manner or I may have struck him accidentally, then forgive me and make it a means of his forgiveness and being blessed with Your special mercy.”

When Rasulullah (sallallallahu ‘alaihi wasallam) would personally make this du‘aa, asking forgiveness for any unintentional mistake that may have occurred, then how can you and I conduct ourselves as though we have not harmed or wronged any person?

The second point to bear in mind is that the general principle is that the calamities and problems in a person’s life are on account of his sins and evil deeds. Allah Ta‘ala says in the Qur’aan Majeed:

And whatever calamity befalls you, then it is on account of what (evil actions) your hands have earned (Surah Shura v. 30)

It should, however, be borne in mind that this aayah is not a blanket ruling that applies to every difficulty. If this was the case, then the Ambiyaa (‘alaihimus salaam) and the pious saints would never have suffered from hunger or undergone hardships and difficulties. On the contrary, we find the Hadith mentioning that the people who will be tested the most will be the Ambiyaa (‘alaihimus salaam), and then those who closely follow them. Hence, it is reported that a Sahaabi (radhiyallahu ‘anhu) once said to Rasulullah (sallallahu ‘alaihi wasallam), “O Rasul of Allah (sallallahu ‘alaihi wasallam)! Indeed I have great love for you!” Rasulullah (sallallahu ‘alaihi wasallam) responded, “Love for me attracts poverty to the one with my love in his heart even swifter than water flows downstream.”

Thus, it is important to understand that difficulties and calamities are not always on account of sins committed. In your situation, I find your father to be a pious person with abundant good deeds. Hence, these difficulties are a temporary test through which your ranks will be elevated, and insha Allah this test will thereafter come to an end. Therefore, there is no need for you to be overcome with worry and concern.

Nevertheless, you should never omit making du‘aa. Go into seclusion, turn to Allah Ta‘ala and beg from Him. Thereafter, adopt the correct means and procedures. Put your faith and trust in Allah Ta‘ala. Do not feel that the measures adopted will solve the problem. It is only Allah Ta‘ala who can remove the difficulty.

At the same time, when making du‘aa, we should never feel that our du‘aa is not being answered. Rather, we should show great importance to du‘aa and continue to exert ourselves with the firm belief and conviction that our du‘aa will certainly be accepted. However, at times, instead of receiving what we asked for, the du‘aa is accepted in another form, as explained in many Ahaadith.

Source:Ihyaauddeen
Previous in category Making an effort to restore the true spirit of Deen
Next in category The Benefit of Engaging in the Effort of Da’wat and Tableegh