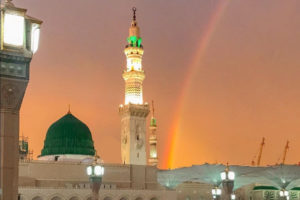 Hazrat Mufti Mahmood Hasan Gangohi (rahimahullah) was from among our pious predecessors of the recent past. He was born in the year 1325 AH and was considered to be the most senior Khalifah of Hazrat Sheikh-ul-Hadith, Moulana Muhammad Zakariyya (rahimahullah). He was the head Mufti at Daar-ul-Uloom Deoband for many years. He passed away in 1417 AH (1996).

Among the many exemplary qualities which Hazrat Mufti Mahmood Saheb (rahimahullah) possessed was his deep love and firm commitment to the sunnah. Below are a few incidents which highlight his firm adherence to upholding the mubaarak sunnah at all times:

Drinking with the Right Hand

On one occasion, Hazrat Mufti Mahmood Saheb (rahimahullah) was seated on the dastarkhaan, partaking of meals together with a certain student. During the meal, this student drank from the glass while holding it in his left hand and placing his right hand beneath it. On seeing him drink with his left hand in this manner, Hazrat (rahimahullah) became upset and said, “Do you not have a right hand to drink with?” The student replied, “Hazrat! My right hand is soiled with food. I fear that if I have to hold the glass with my right hand, the glass will become soiled.” In a stern voice, Hazrat (rahimahullah) immediately responded, “Is the glass more important to you than the mubaarak sunnah of Rasulullah (sallallahu ‘alaihi wasallam)?”

Obedience to His Senior

When people insisted that he go for the procedure, he would say, “For the person who loses his eyesight, Allah Ta‘ala has promised Jannah as a reward. Why should I lose this opportunity to earn Jannah?” Hazrat (rahimahullah) also said, “If I undergo the procedure, then for a few days, I will not be able to perform sajdah on the ground and will be forced to perform salaah with gestures. Why should I be deprived of the reward of performing sajdah on the ground?”

Hazrat (rahimahullah) also said to his Sheikh, “When Hazrat Moulana Rasheed Ahmad Gangohi (rahimahullah) was afflicted with cataract, he did not go for the operation. When people insisted that he go for the procedure, he would say, ‘For the person who loses his eyesight, Allah Ta‘ala has promised Jannah as a reward. Why should I lose this opportunity to earn Jannah?’”

After the procedure was complete and Hazrat’s (rahimahullah) eyesight was restored, he said, “I am pleased that my eyesight has been restored. However, what brings me even more pleasure and happiness is that I fulfilled the instruction of my Sheikh.”

Performing Salaah in the Haram

Once, when Hazrat (rahimahullah) had gone for hajj, the weather was extremely hot. On account of the extreme heat, Hazrat’s (rahimahullah) skin had begun to split and small boils had broken out over his entire body.

Returning His Salary Together with Giving an Extra Amount

At the time when Hazrat (rahimahullah) was employed in Daar-ul-Uloom Deoband, he would accept a salary from the madrasah. This was so that he regarded himself completely answerable and accountable to the madrasah for his time and work. However, after accepting the salary, he would immediately return it to the madrasah – together with giving an extra amount of money (as he felt that he benefited from the facilities of the madrasah).

When Hazrat (rahimahullah) saw any person who did not have a beard which conformed to the sunnah, he would immediately become concerned. Thereafter, if he saw the person keeping a beard, he would become extremely overjoyed that the person was conforming to the sunnah. 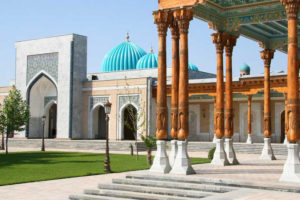 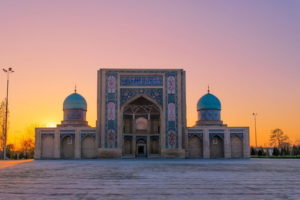 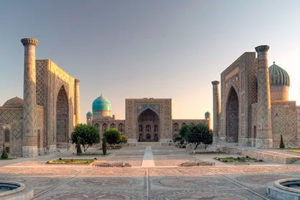 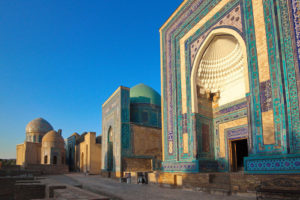