Alhamdulillāh, for generations, it was universally understood and accepted that homosexuality is foreign to Islām and human nature. We had an inherent dislike for it and were repulsed by the thought of such abnormal acts. However, recent propaganda attempts to normalise these things and, at the very least, bring about acceptance and tolerance in people’s hearts for such actions.

Remember: Acceptance and regard for this endangers one’s Īmān!

Statements like “it’s her choice” or “we should respect everyone’s preferences” put one’s Imaan in jeopardy. Homosexuality is neither normal nor acceptable. Not to consider it a heinous sin defies the command of Allāh Ta’ālā.

Accepting transgenderism and gender fluidity means we can no longer define roles for men and women based on Qur’ān and Sunnah. A person is a man today and a woman the next. Laws that apply to men can, at will, be abandoned tomorrow by a shift in gender.

For those who think it’s okay to support this movement, know that the wife of Lūt ‘Alayhis Salām was counted amongst the transgressors, not because she practiced homosexuality, but because together with her disbelief, she supported those who committed these acts. (Tafseer Nasafi 2/578). May Allāh Ta’ālā save us all.

Allowing any family member or friend involved in these fitan to associate himself freely with our families spoils our children’s ‘fitrah’ (natural disposition for good) and gives them tacit approval of this evil. The values children learn from us by tolerating homosexuals in our circles are exactly what its proponents wish to instil in the next generation; acceptance and tolerance for their “community”.

Consider the warning of Nabi Sallallāhu ‘Alayhi wa Sallam: “A man utters a word without giving it a second thought because of which he falls deep into Hell to a distance more than that between the East and the West.” (Muslim 2988)

May Allāh Ta’ālā protect our Īmān and resurrect us on the day of Qiyāmah with perfect Īmān. Āmīn. 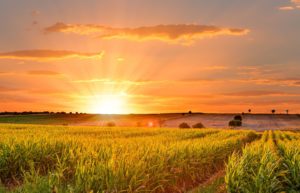