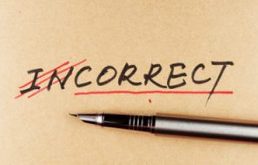 Our respected Shaykh, Hazrat Maulana Hakeem Muhammad Akhtar Saheb ِ(Rahmatullahi Alayhi) often encouraged the recitation of the following Dua, due to the great Fitnah all around.

It is a beautiful Dua, attributed to Hazrat Abu Bakr ُ(radiallahu anhu),whereby we ask Allah Ta’ala to make apparent to us, what is Haq (Truth) and Baatil (Falsehood), and grant us the Taufeeq and ability to follow what is Haq and stay away and refrain from whatever is Baatil.

We see people from all walks of life, researching Islam, and they come to conclusions which are in conflict with what Islam truly is. We find some Muslims, influenced by the different “isms”, misinterpret Islam, and clamour for changes in the Shari’ah, or call for a modern approach, living in modern times.

We find Muslims who speak about the need for Haraam to be Halaal, such as interesttaking and giving. We also see Muslims attaching the name of Islam to activities and events which are un-Islamic.

There is an ambush and onslaught of Baatil and so many, so many are caught up in that assault. In this Dua “O Allah! Enable us to see the Truth as Truth and give us the ability to follow it.” We learn that knowing Haq is not sufficient. …Because there are many of us who know Haq, but do not practise on it.

However, despite knowing, many of us do not practise. There is no Salaah, Zakaah, Fasting and other Deeni obligations being fulfilled.

The Dua therefore continues with the request for the Taufeeq of Ittiba – for the ability to follow and practise on the Truth, because Amal (practice) is necessary. Thereafter, Dua is made:

“And show us the falsehood as false and give us the ability to refrain from it.” We are asking of Allah Ta’ala, that He make known to us, make apparent to us, make clear to us, whatever is Haraam, sinful, detested and disliked by Him. Often, a person sees the Haq as Baatil and vice versa. In this Dua, we are asking that we know what is Haq and what is Baatil, without any confusion and Ittiba (following); that we are easily able to differentiate between the two. Like a tsunami, sin and falsehood are sweeping through the Muslim Ummah. All around us, we find that Baatil is widespread. It has become the norm; it is in vogue, and the majority accepts it and engages in it.

Sometimes Haraam is not even considered Haraam. Take the example of photography – the good and the bad, the ignorant and the learned ones, are caught up in this vice. No one really speaks out against it, and if a person does, he is labeled as orthodox and outdated. The same with television: If someone has to advise against viewing television, not only will people argue, they will present the “Fazaail” (virtues) of television – despite eighty percent of the programmes being clearly immoral and Haraam.

Nafs and shaytaan blind the person to what is Haraam and to the consequences of Haraam, and the person sees benefit where there is great spiritual harm.

The sad condition and plight of the Ummah is gauged when we see the extent of Baatil in our personal lives, and we see how the culture and customs of the Kuffaar have become dominant and have replaced the beautiful Sunnah and practical implementation of Islam – and people are quite content and comfortable living like this. When the Sahaba-e-Kiraam ُ accepted Islam, despite the majority of them coming out of Kufr and Shirk, there was no sign of Kufr in their lives thereafter. We were born and brought up in Islam.

We have Islam, but the culture of the Kuffaar is found in all dimensions of our lives, in our homes, our businesses, our Nikahs and Walimahs, our dressing. Sometimes, there is no trace of Islam