The Perfect Creation of Allah Ta’ala 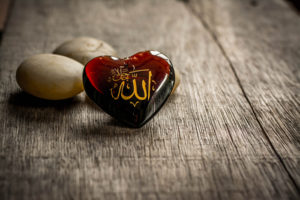 Allah Ta’ala is that Being that has created everything through His command, For example, if we are to study the human being, how amazing isn’t the manner in which the heart of the human being functions! How perfectly the valves open and close, blood is then sent to the lungs for purification, etc.

Engine oil in a motor vehicle is normally changed every six months, but the oil of the body is never changed, in fact the same oil remains within a person throughout his life. We breathe in air all the time, which is filtered by the little hair that is in the nostrils. Added to that, we have a ventilation system fitted, if the air is too cold then it is warmed to a suitable temperature and then entered into the body, and if the air is too hot then it is cooled and entered into the body.

We breathe out carbon dioxide; therefore we shouldn’t breathe in the water that we drink. There is a difference between blowing into water and breathing into water. For example, we take water to pious people so that they may recite and blow into it which is quite in order. However, we shouldn’t breathe into the glass, we are required to remove the glass from the mouth when breathing, as we breathe carbon dioxide into the water. It is for this reason that we shouldn’t just sneeze but cover the nose with a hanky or tissue when sneezing.

This is the great system of Allah Ta’ala. Just creating a single human being with such perfection is a great achievement, but Allah Ta’ala creates 250 000 babies daily according to current statistics. This means that 500 000 eyes and ears are created daily and supplied free of charge. What is the value of a single eye or ear?

Hadrat Mufti Mahmood Saheb R.A used to narrate an incident of a particular Buzurg of the Bani Israeel that worshipped Allah Ta’ala   for 200 years. He lived on an island which was surrounded by the ocean, so Allah Ta’ala provided him with a water fountain containing fresh sweet water to drink. For his sustenance, he was given a pomegranate tree from which he would eat a pomegranate morning and evening. In this way he spent 200 years of his life in the Ibaadat of Allah Ta’ala with sincerity and devotion. He was such a Buzurg that when the angels would descend from the heavens with the commands of Allah Ta’ala they would pass by him. On returning to the heavens, they would again pass by him to take his Barakah.

Hadrat Maulana Thanvi Rahmatullah Alayh had rendered great services to Deen. After passing away someone seen him in a dream and asked, “How did it go?” He replied, “Allah Ta’ala said, O Ashraf Ali, Go! There is a Majlis of Rasulullah Salallahu Alaihi Wasallam that is in progress and they awaiting your presence.” When Allah Ta’ala gives us the go ahead to proceed to Jannat, it is not an occasion to boast of your works and services rendered, but an occasion to proceed without any further questions.

Anyway, we have various other parts of the body as well such as the nervous system, the digestive system, the organs, etc. which function with such perfection. Beside the human being, Allah Ta’ala has created the stars, the moon, the planets, the animals, insects, various types of vegetation, fruit, etc. These are all the creations of Allah Ta’ala, and Allah Ta’ala is personally involved with everything. How great isn’t our Allah! May Allah Ta’ala bless us with the Taufeeq of recognising Him and His greatness. 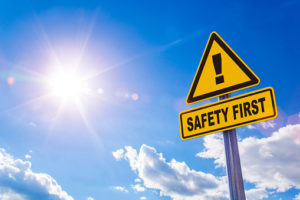