Home / Tazkiyah / The Importance of Consultation 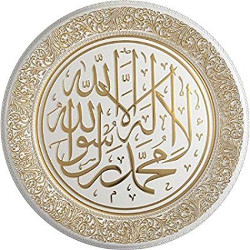 The point to which I wish to draw your attention to and which I want you to consider is the following:

In every field of work you will find people consulting with the experts of that field. When a house has to be erected, a builder has to be employed. When a lock has to repaired ,you cannot escape from the services of a locksmith. A person may be very clever, shrewd, capable and intelligent, but when he has to file a legal suit in a court of law he cannot avoid employing a lawyer or an advocate. No matter how capable you are, the work of erecting a house will be done by a builder.

Is the knowledge of Deen looked upon as being so cheap that everyone who knows a little about writing and public speaking immediately becomes an expert in the hidden intricacies of Sharia, the expert research scholar and master of the nation?

How is it that when such a person gives his research findings, even the Holy Quran and the Hadeeth of Rasulullah (Sallallahu Alayhi Wasallam) are regarded as not acceptable? How is it that in such cases even the verdicts of the Ulema are rejected? When any protest or objections are made against the utterings of these “enlightened scholars,” it comes from the Ulema. So, the spitting of venom against the Ulema and the making of false or untrue allegations against them by these “scholars” in order to steer public feeling away from the Ulema is quite conceivable. This is because it is only these Ulema who can expose their wrong interpretations and distortions of the truth. They will thus oppose the Ulema, become their enemies and whatever possible they can do against them, they will do.